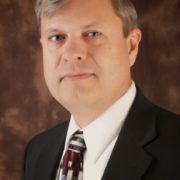 Dr. Ron Leversee is the pastor of Desert Gateway Baptist Church and the president of Desert Baptist Bible College. With almost 40 years of ministry experience, the wealth of wisdom he brings to the faculty and administration of DBBC is invaluable!

Growing up in a midwestern farm in Iowa, Dr. Leversee demonstrates a humble, servant’s spirit. This same attitude has permeated his ministries over the years as he and his wife, Melanie, have been involved in youth work, outreach, bus ministries, missions, church planting, and so much more. According to some of his church members, “Pastor never asks us to do something that he isn’t willing to do himself. In most cases, he’s already done it!”

The Lord led the Leversee’s to Arizona in 1993 from Waterloo, Iowa. On the first Sunday of January, 1994, Desert Gateway Baptist Church had its first service with a handful of people in a Christian’s living room. Since then, God has raised up a lighthouse in the east valley of Phoenix, which He uses to spread the Gospel to the regions beyond. Desert Gateway Baptist Church supports over 100 missionaries around the world!

Under Dr. Leversee’s leadership, the church established Desert Baptist Bible College in 1999 and since then, scores of Christian workers have been launched into God’s labor.